Answer: Father used to give orders and find mistakes of everybody in the house. When he looked over his spectacles, his looks were terrifying.

Answer: Kezia herself, her father, mother and grandfather. Alice the cook also lived in their house.

Answer: Before going to office Father went to the room of Kezia and gave her a casual kiss.

Answer: He would ask to bring tea, paper and his slippers. He would ask kezia to take his boots off. He would look at Kezia over his spectacles which was most terrifying to Kezia.

Answer: On Sunday afternoons, he would stretch on sofa, cover his face with a hanky, keep his feet on cushions and sleep soundly and snore loudly.

Answer: On Sunday afternoons she sent Kezia to drawing room so that she could have a talk with her father.

Answer: Once grandmother told Keziz that birthday of her Father was next week. Grandmother advised Kezia to make a pin-cushion out of a beautiful yellow silk for her father. This was to be a gift to her father on his birthday.

Kezia laboriously stitched three sides of the cushion. She could not anything to fill the cushion. In search of suitable filling material, Kezia wandered into the bedroom of her parents. There, on a table, she found some papers. She tore these up in tiny pieces and stuffed these in the cushion. She stitched the fourth side also. Now the pin-cushion was ready.

In fact, Father had written his speech on these papers. The speech was to be made for the Port Authority. Father got very angry at the loss of these papers. He even beat her daughter for her mistake.

Answer: It was an emotional trauma for Kezia that her father had beaten her. She had torn those papers because of her ignorance and to make a gift for her Father. Her Father did not understand her feelings. She could never forget the punishment.

One evening she watched Mr. Macdonalds, their next door neighbour. He was playing with his five children. One of his sons was on his shoulder. The girls were hanging fron his coat pocket. The boys even opened hose on him. All the time he was laughing and playing with his children.

Thus Father of Kezia was strict and did not have any emotional considerations. Mr. Macdonald liked to play with his children. They enjoyed company of each other.

Thus Kezia decided that there are ‘different kinds of fathers’ in the world.

Answer: Once Mother of kezia had fallen ill. So Mother and Grandmother went to hospital. Kezia was alone in the house. Alice, the cook, put her to sleep in her bedroom. In the evening her father came and slept in his room.

Kezia used to have nightmares and she used to get afraid. She used to cling to her Grandmother whenever the nightmare came. She wished that nightmare did not come on that day. But the nightmare came and she shouted in her dreams. Her Father came to her room. Took her to his room and tucked her up. She snuggled her head under his arm.

During these moments Kezia realised that her father worked every day and throughout the day to earn livelihood for the house. She understood that he deserved her sympathy. 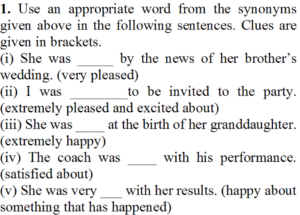 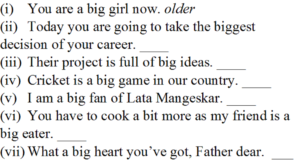 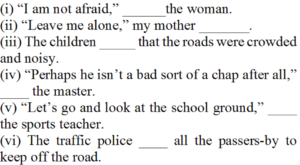 Answer: In many of the Indian families we can find fathers, mothers and grandmothers having the similar behaviour patter as depicted in this text.

Father usually goes out of the house early morning to earn bread for the family. Inadvertently he acquires arrogance that many times causes fear among other members of the house.

Mothers would oscillate between balancing emotions of other members of the house and appeasing fathers. This is a delicate activity and eventually children bear the brunt.

Children may not enjoy emotional freedom and are often beaten up by fathers. Grandmother tries to come to their rescue. But they do not have enough authority to correct behaviour of father.

Thus arrogance, balancing act and emotional patch up all go together in most Indian homes.

Kezia’s father should not have punished her. It is incorrect and unkind to punish a child.

Kezia’s father was a strict disciplinarian.  He was hard-working. Owing to his routine he got tired. Thus he did not get time to play with Kezia and was regarded undemonstrative.

His outward behaviour was indifferent to his daughter. He was short tempered. But he was a caring and affectionate father. When Kezia got nightmare, he took his daughter into his arms and made her comfortable. So he was also a responsible and loving parent too.

RAIN ON THE ROOF

(i) dark clouds full of water

(ii) sky that is full of stars

(iv) many imaginations start coming into the dream

Answers: The poet wants to be in his bedroom. He wants to lie on the bed and put his head on a sift cushion. His old memories start coming to him and he enjoys recollecting these.

Answers: The single major memory that comes to the poet is that of her mother. She used to shower her affection on her children. The ‘darling dreamers’ referes to the poet and his siblings during their childhood.

Answers: No, the poet is not a child now. His mother is not alive.

Answers: Yes. My mother took good care of me.

Answers: Yes, I like rains. If it rains during day time and I am at home, I normally go out to have bath in rains. Sometimes I sit in my balcony and enjoy cool breeze and sound of patter.

Answers: No. Everyone does not have a comfortable bed to sleep. Some people who have thatched roof or just a polythene sheet to cover their head, really struggle during rain.  Sometime they take shelter in a semi-finished building or old structures. Homeless people take shelter at railway station or bus terminals.

Animals take shelter under a tree. Some animals venture into an abandoned building that has a roof.