A farmer had four sons. Since their childhood they used to quarrel a lot. The farmer had tried several means to impress upon importance of unity. But his children did not pay any heed to his advice.

Close to his farm was house of a wrestler. The wrestler was very happy to know that sons of farmer were always quarrelling. Although the wrestler did not say anything but farmer understood his intentions. The farmer feared that after his death, the wrestler will snatch all the land from his sons.

The farmer untied the bundle and gave one stick to each son. Now they could easily break it. The farmer told them that as long as they remained united nobody can harm them.

His sons understood the message and promised never to fight again.

After a long wait the bus arrived. Every person charged towards it even before it had stopped. The bus conductor had a great difficulty in guiding the driver to the parking slot.

People were trying to push others to get into the bus. Kids started wailing at their highest pitch. I could not tolerate the difficulty being faced by ladies and kids. I requested people to allow ladies and kids to enter the bus first. Thankfully people understood my request. I was the last to get into the bus. Many people were already standing. The bus started moving.

Suddenly I felt a hand at my hip pocket. Somebody was trying to pick my pocket. With a jerk I turned around and caught the hand of the person. I called the conductor and narrated the incident to him. The person accepted his guilt. Conductor asked him to get down at the next stop. I thanked myself for being vigilant.

Moral: Being vigilant is a necessity. 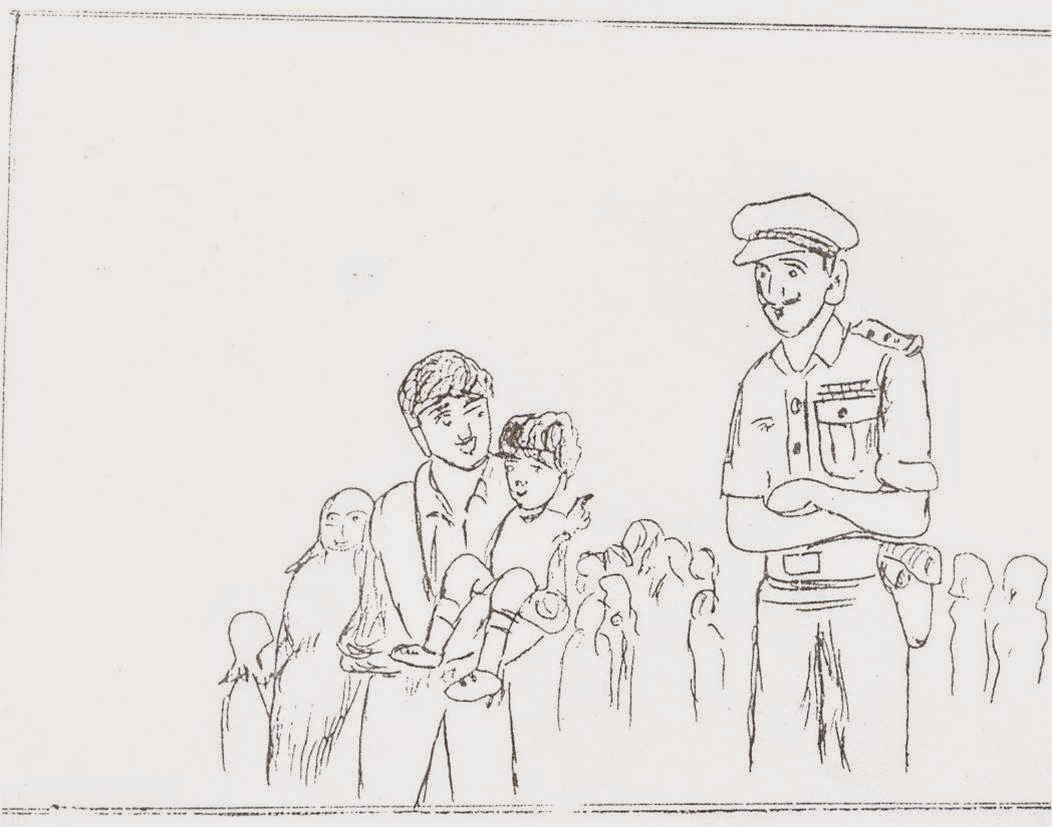 This incident had happened when I was five years old. My father had taken me to the fair. We enjoyed several rides there. Tiger in a cage showing its bare teeth was really frightening.

Then we started walking in the fair. All along I was tightly holding hand of my father. I noticed a parrot dancing to the tune of a flute. It was so fascinating. I kept looking at it even after we had crossed that particular shop. I had stopped at one place while my father had moved ahead.

After a minute I realised that I was alone. My father was not with me. I started crying and shouted for my father. An elderly person asked my name and my father’s name. He asked me address of my home. I so afraid that I could not answer anything. I kept crying.

He called a policeman. They took me to a raised platform. Through mike they announced that a child had lost its way. His parents should come to the place immediately.

Very soon my father came running to the place. I was very happy to see him. He thanked the elderly person and the policeman. We came home together.